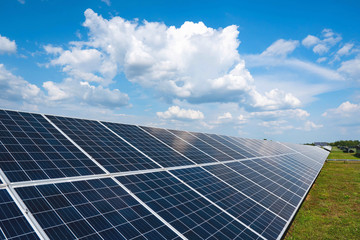 Guildford’s MP has labelled a “blanket ban” on solar farms “unwise” and says she supports a bid by the University of Surrey for a site outside of the town. The plans, put forward by the university for a solar farm across three fields, are described as an “essential component” of the university’s target to be net-zero by 2030.

Early plans for the site can be found in a request for an environmental impact assessment screening submitted by SSE Energy Solutions to Guildford Borough Council. A planning application has not yet been submitted for the approximately 21.6 hectare site, called Blackwell solar farm in documents.

Angela Richardson MP (Conservative) said on Twitter: “There is a planning application for a solar farm in my constituency which I support as it will help my local university meet its net zero aims by 2030. A blanket ban on solar farms would be unwise. Should be looked at on a case by case basis.”

The land is currently being used as farm land, and plans show the panels, of a maximum height of around 3 metres, could be surrounded by two-metre high fencing, with CCTV cameras on four-metre poles.
PM Liz Truss could ban solar panel installations from most farms in England, with The Guardian reporting on Monday (October 10) that, Ranil Jayawardena, Secretary of State for Environment, Food and Rural Affairs, was understood to oppose solar panels on agricultural land. It also said he had asked that the definition of “best and most versatile” land be broadened to include the current 3b grade of agricultural land.

The screening request submitted to the borough council said though there were different grades of land on the fields, the whole site would be farmed as grade 3b. Documents also showed the applicants did not think the site would be visible from nearby villages or the nearby Area of Outstanding Natural Beauty, though two farmhouses nearby could have a partial view of it.

In a release about the project, being put forward with SSE Energy Solutions, The University of Surrey said once complete the site could generate enough energy to supply the equivalent of 4,000 UK homes each year.
Professor Bob Nichol, the university’s executive lead for climate change, said: “The University of Surrey community is dedicated to doing our bit to minimise global warming and our move to home-generated solar power is an important part of our plans. Big strides like this are essential for organisations to reduce their carbon footprints. Increasing our solar generation is just one part of Surrey’s sustainability story and our road to ‘Net Zero’.”

A university spokesperson said: “The University of Surrey is putting finishing touches to the application for the solar farm proposals we announced for consultation in May. We have not yet submitted a formal planning application, but will do soon. We welcome the support for this important green energy plan from our local MP and other local stakeholders who have engaged with us. We look forward to progressing the proposal, which is an important part of our sustainability story and our road to ‘Net Zero’.”